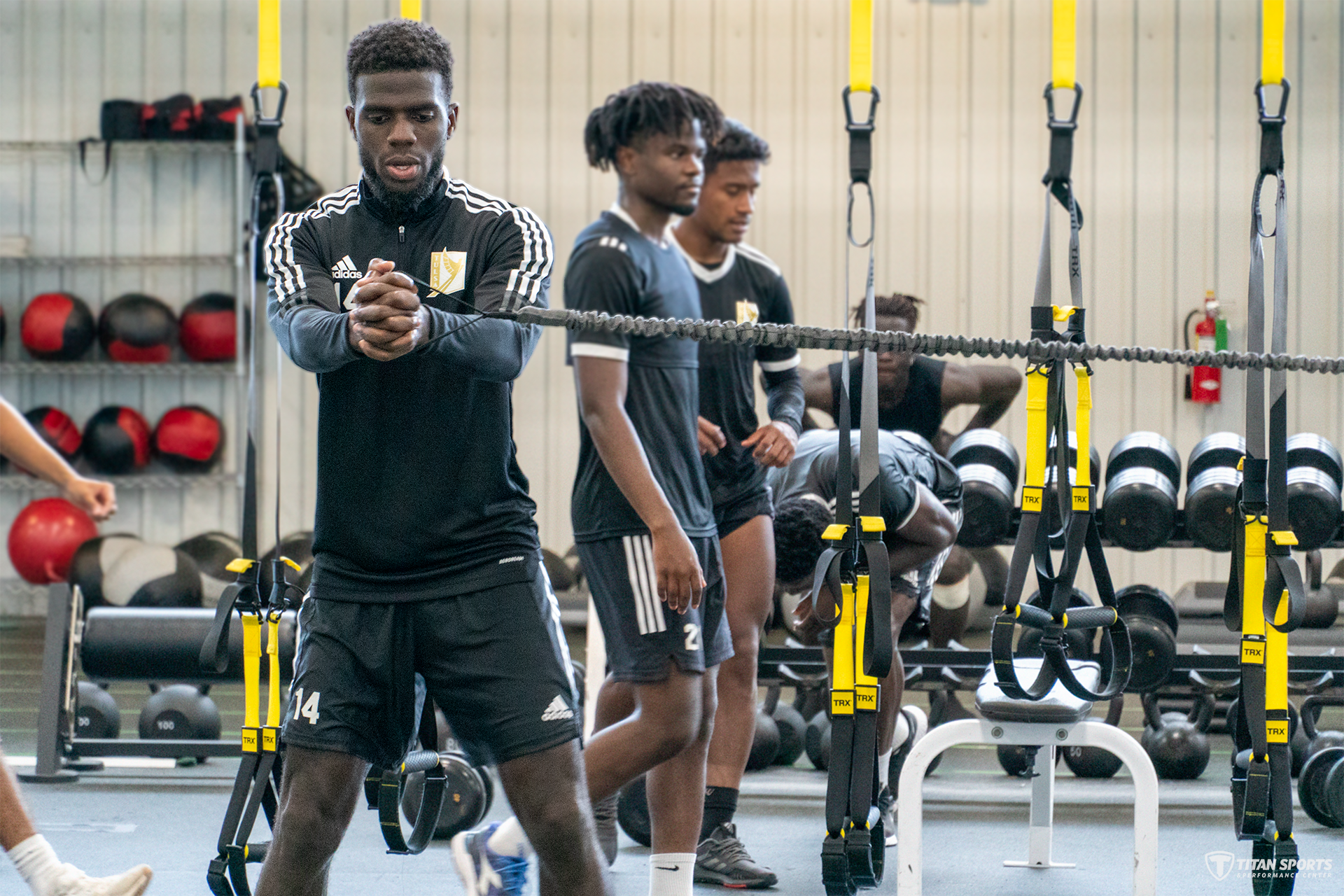 At Titan Sports Performance, speed development is the heartbeat of our training. There are key mechanical movements that make an athlete sprint and change directions at faster speeds, and it is our goal to fine-tune these movement patterns, making them part of how an athlete naturally moves.

Under the leadership of internationally-renowned speed expert, Michael Drach, every exercise, drill and progression is directly tied to our goal of achieving the highest level of individual speed and athleticism, while reducing the risk of injury.

Fast athletes are naturally more “springy” (more force is driven into the ground in less time) than slower athletes. This “springyness” can be developed, and is the core of Coach Drach’s training principles. The key is first teaching the athlete proper sprint and movement mechanics, followed by training the body to be a more tightly coiled spring by training the muscles and tendons to work more efficiently. 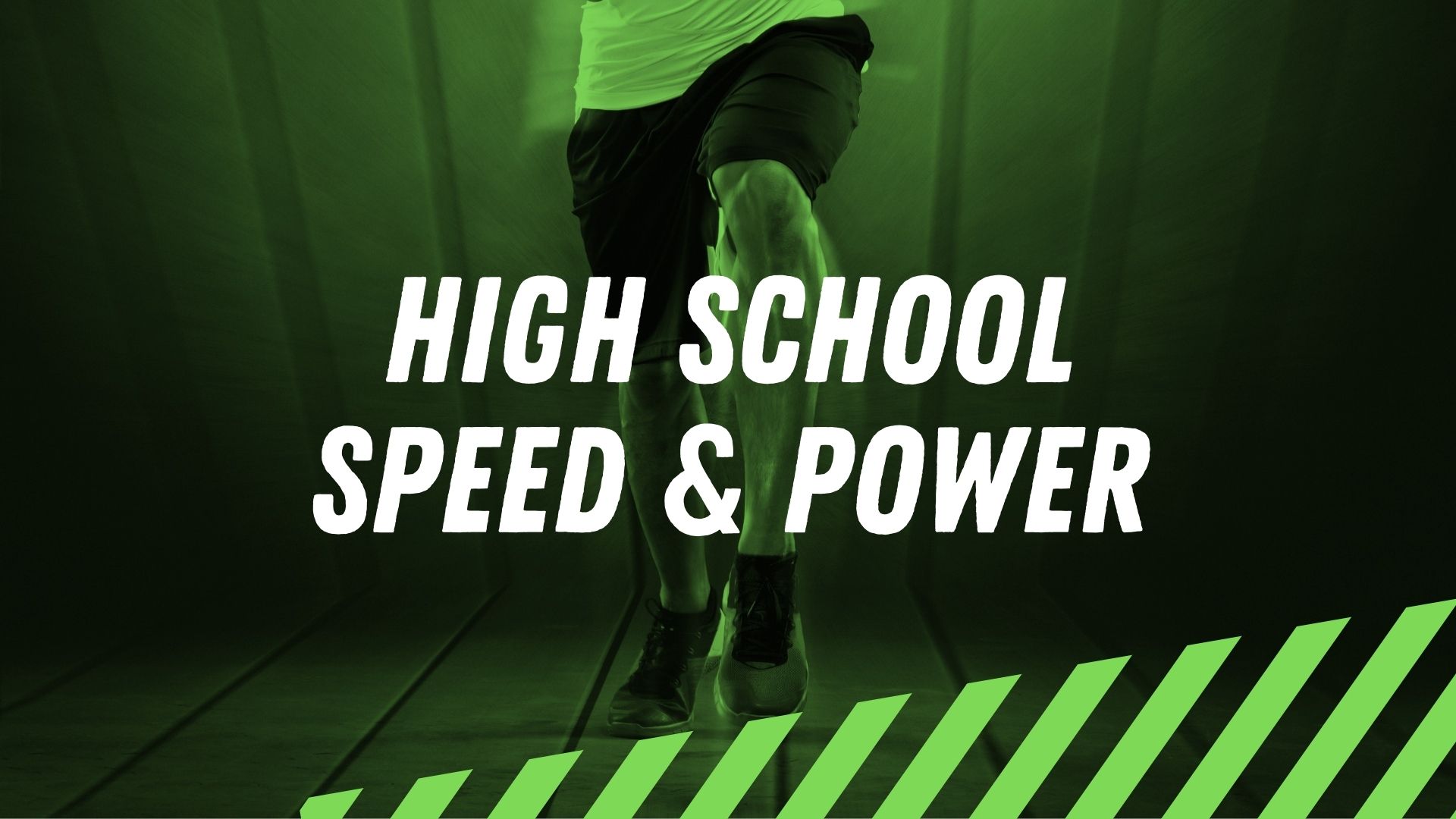 The fastest athletes are most often the dominant athletes. Max velocity, acceleration, and change of direction mechanics are going to be the core of this program. But having proper mechanics is just the base. In order to have elite speed, an athlete must be able to accomplish 3 things, produce lots of force, as fast as possible, in the right direction. Strong doesn’t necessarily mean fast or explosive. One must be able to produce force quickly, and Coach Drach knows just how to develop the athletes ability to have more efficient force production that will transfer over to their sport and make them the most explosive athlete they can be. 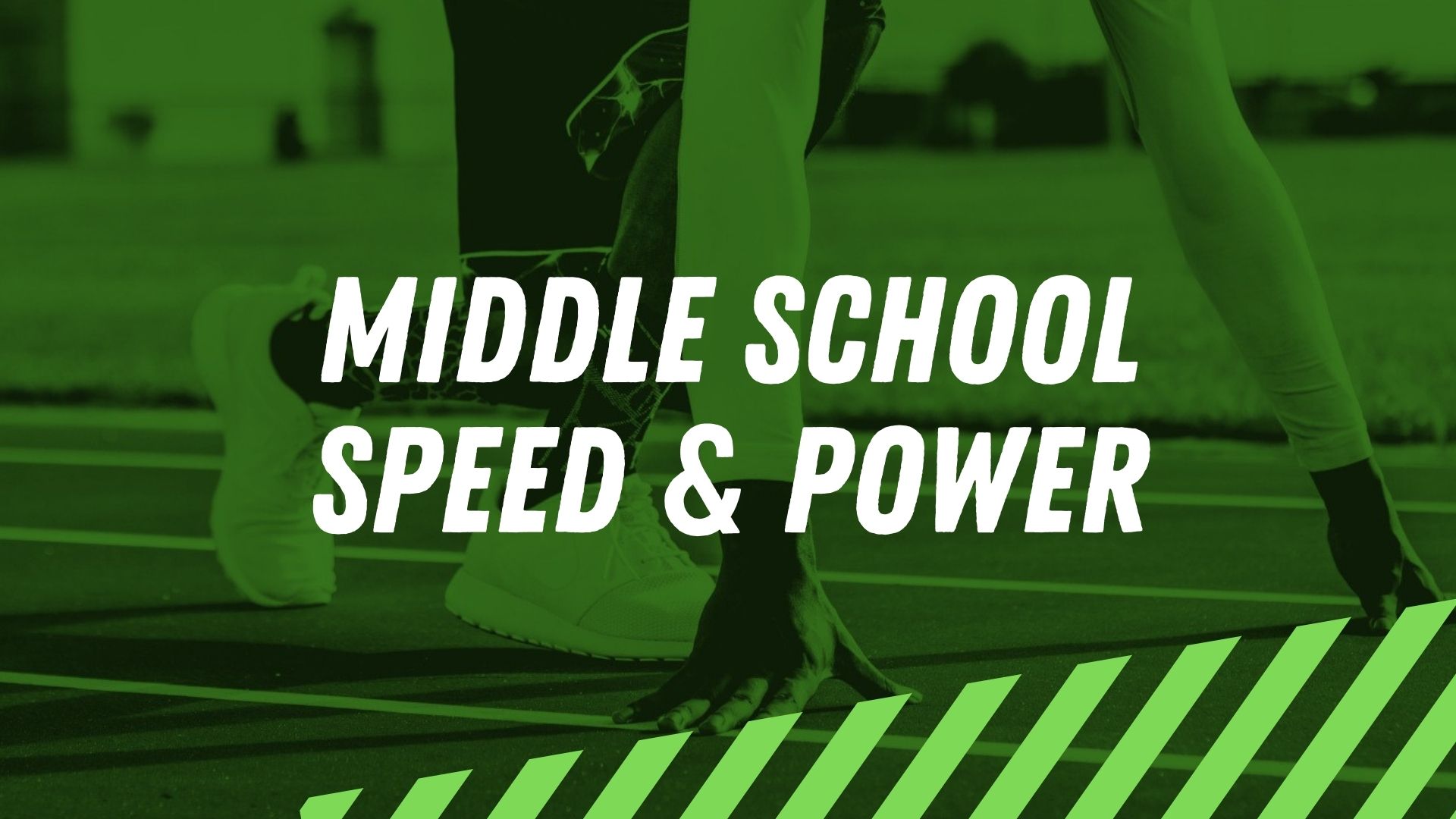 The Middle School Speed and Power program is tailored for athletes 12-14 and focuses on creating a solid foundation of the proper mechanics for max velocity, acceleration, and change of direction. If an athlete can learn these movement patterns at a young age then they are setting themselves up to have a much higher speed ceiling in the future, while reducing their risks of injuries. We understand the demands and realize competition is very competitive at the middle school level and our program is geared to helping athletes gain that advantage. Along with the performance side, we will start building a framework with the athletes challenging them on goal setting and becoming leaders in the community so they have the courage to compete. 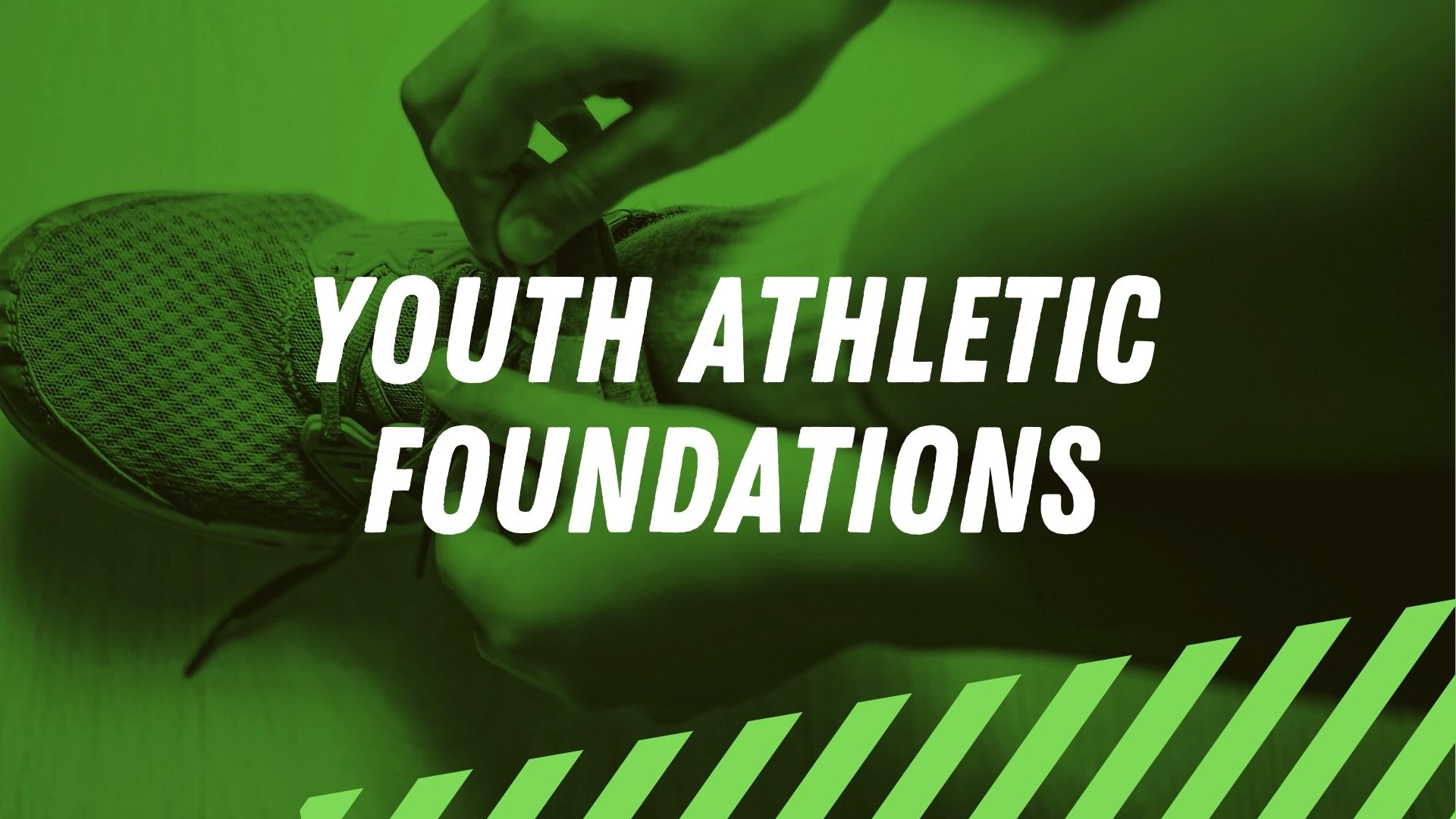 The Youth Athletic Foundations training program for young athletes, ages 8-11, is based on supporting and preparing young athletes for their future by helping to develop excellent speed, agility and jumping mechanics. Learning these foundational movement skills will not only improve performance potentials, but it will also help to reduce injury now and in the future.

His experience thus far has taught him speed training and conditioning need to be trained separately. Too many facilities and trainers focus on making the athlete feel tired and exhausted at the end of the workout. True speed training should be done in the most fatigue free state possible. Speed has such a high neurological component to it, and the more fatigued an athlete is during training the less likely they will be able to recruit a high threshold of fast twist muscle fibers. He is most known for his creativity in developing safe and effective multi-directional plyometrics that will not only develop springyness and more fast twitch muscle fibers, but also exposes athletes to controlled, high-eccentric force loads that will significantly reduce injuries on the field.

After a visit to Tulsa where he was impressed by the city, the Titan facility, and the vibrant and athletic community here, he moved his family across the country to join the Titan team and is thrilled to apply his training knowledge and speed expertise to his new role as Director of Sports Performance. 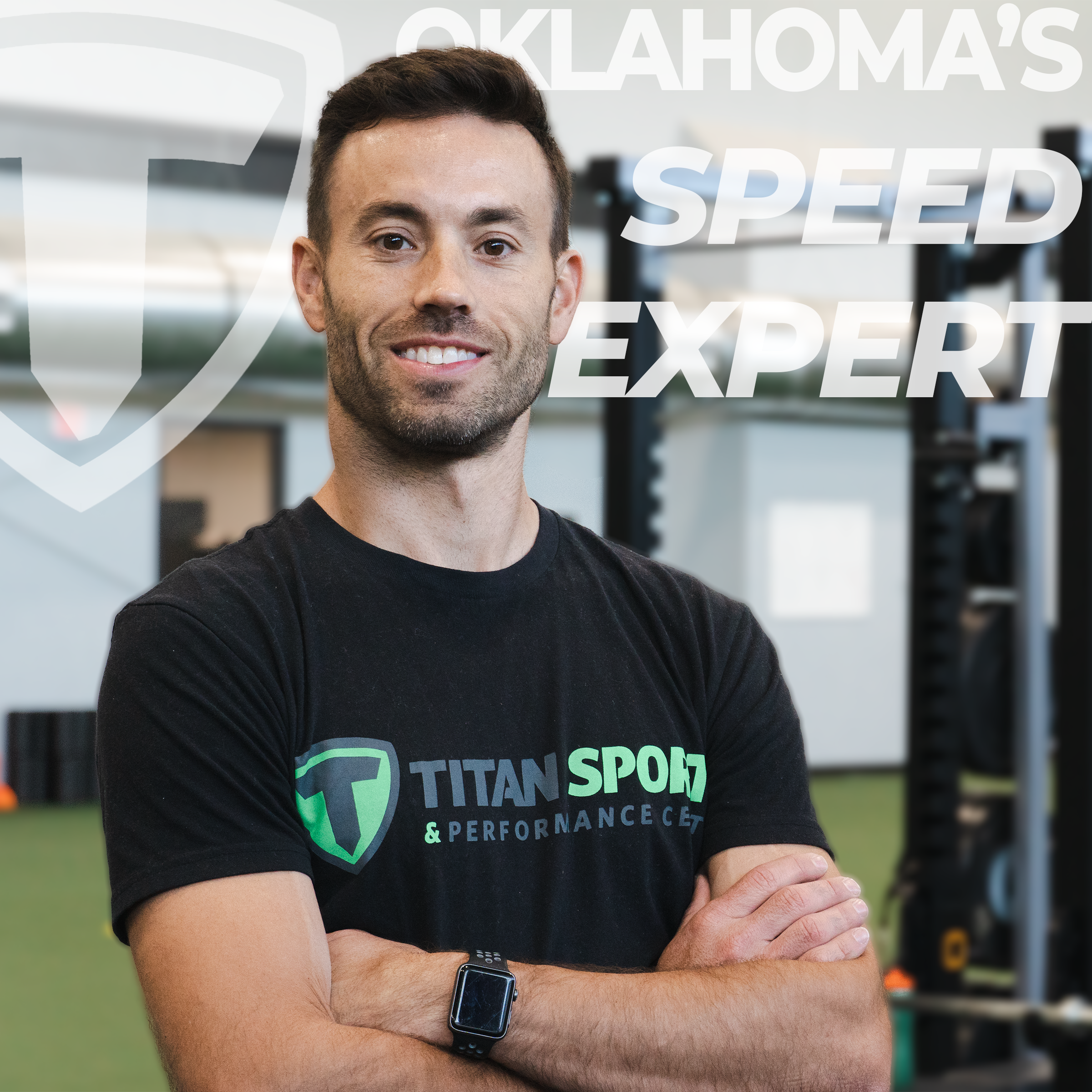 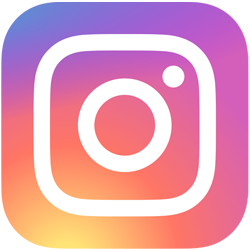 “If it weren’t for Michael Drach, I would have never been able to play sports or exercise again. After having double kneee surgery at age 11, Michael taught me how to run again and retrained my muscles. I stayed with him ever since and was able to return to playing competitive club soccer and eventually play D1 at Vanderbilt, all without obtaining a single injury. I often forget I ever had surgery. I owe the sustained health and performance of my athletic career to him.”

“In Drach We Trust. Something some of the Northwestern guys and I started saying as a joke because of Drach’s elite level coaching, drills, and passion. But it turns out, that saying isn’t just a joke, it’s true. Drach has developed me in areas of my speed and explosion that I hadn’t even tapped into yet. He knows his stuff, takes pride in what he does, and wants his athletes to succeed, excel and dominate. That’s why he is so good at what he does.”

“In a sport where speed and agility is the difference maker, there’s no one I trust more than Michael Drach to make me faster and quicker. Michael’s attention to detail, innovation, and personalization throughout my training sets himself apart from other leaders in the industry. Michael’s training has made all the difference on the field for me. Beyond his expertise, Michael is someone who cares just as much about me as a person as he does about my results as a player.”

“I’ve worked with dozens of “coaches”, “gurus”, and “speed experts” and none compare to Mike. There is a difference between just working out and REAL training and Mike is as REAL as it gets. It’s in relentless attention to detail that makes training with Mike so much more effective… sessions aren’t just about “making you tired” – they’re about training yourself to consistently do the little things that make the biggest difference!  Thank you brother for taking my game to another level!!!”

Try out our Titan Performance programs: YOUR FIRST session IS FREE!

Fill in the fields below to get access today.